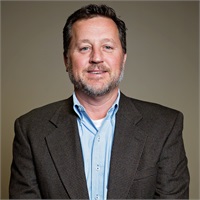 Mark started his insurance career in 1993 as a producer with the Gilbert-Magill Company in Kansas City, where he completed the Producer Partnership Program with the St. Paul Insurance Company. During that time, he also earned his AAI designation. In 1997, Mark joined the Philadelphia Insurance Company as a Production Underwriter. In 1999, Mark joined Assurance Partners.

In 2000, he relocated his family from Missouri to Salina. He became Vice President and a shareholder in 2005. He holds a Bachelor’s Degree in Business from Baker University. Mark and his wife, Kellie, have two boys Jack and Charlie. Jack attends the University of Arkansas and Charlie attends KU. Mark is involved in many community organizations. Serving on the board of Salina Country Club, Sacred Heart JR SR High School Endowment, Salina Area Home Builders. Mark is also past president of Big Brothers Big Sisters of Salina.

Mark has developed expertise as a broker and risk management consultant and directs that experience into two main industries; Construction and Public Entities. He counsels his clients in dealing with the design, development and management of insurance, risk management and surety portfolios. He routinely consults with public administrators to develop new strategies that reduce their risk profile and positions them for a more favorable financial performance.